Alpha Omega Translations specializes in translating your content into a new language in a manner that is not only accurate, but culturally sound. We do not create literal translation, but adapt your text into a specific market so that it reads naturally to a native speaker. 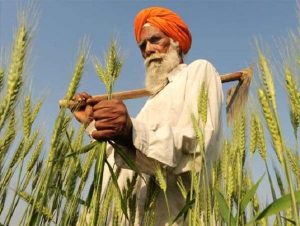 The Punjab region straddles both Pakistan and India. Agriculture is an integral part of the Punjab, and it has historically been considered among the most fertile areas of the world.

The Punjab Province of Pakistan

Along with being one of the most populous provinces of Pakistan, Punjab produces 68% of Pakistan’s cereals and grains.

The Punjab province is also the most industrialized part of the country. Everything from surgical instruments to heavy machinery is manufactured.

Pakistan’s cinema and fashion centers are also located in Punjab, in the capital city of Lahore. Dubbing and subtitling Punjabi language movies to make them accessible to speakers of Hindi, Bengali, Urdu, and even English opens up a whole new market for these works of cinematic art.

The Punjab State of India
In India, the Punjab state is the second richest in the whole country most well-fed population in all of India. The fertile areas produce 17% of India’s wheat, along with sugar cane, barley, and rice.

"I have used AOT and I was thrilled with the quality of their work, their turnaround time and their professionalism. We had an immediate need with an impending deadline. AOT translated five technical documents into two different languages within 24 hours. They responded immediately and gave us great service with a smile!! We will definitely use them again."

About the Punjabi Language 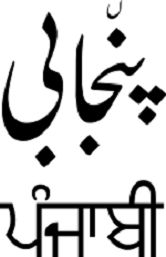 Punjabi is a language in the Indo-Aryan family that is primarily spoken in the Punjab, a region that includes parts of Pakistan and India. Around 130 million people speak Punjabi as their native language, with more speaking it as a second or third language.

Like many Indo-Aryan languages, Punjabi has roots in Sanskrit, specifically the Shauraseni vernacular of Prakit. Due to various Muslim conquests in the region, there is a lot of Persian and Arabic influence seen in the modern Punjabi language, including one of the writing systems. Punjabi is the most common language in Pakistan and the 11th most common language in India

Punjabi is an interesting language, as it is one of the only Indo-Aryan that is tonal. It has three tones: high falling, low rising, and level. The tones are indicated using diacritics or as indicated by the letters, depending on the writing system used. Punjabi can be found spoken in many countries outside of India and Pakistan, such as Australia, Saudi Arabia, the United Arab Emirates, the U.S., the U.K., and Canada.